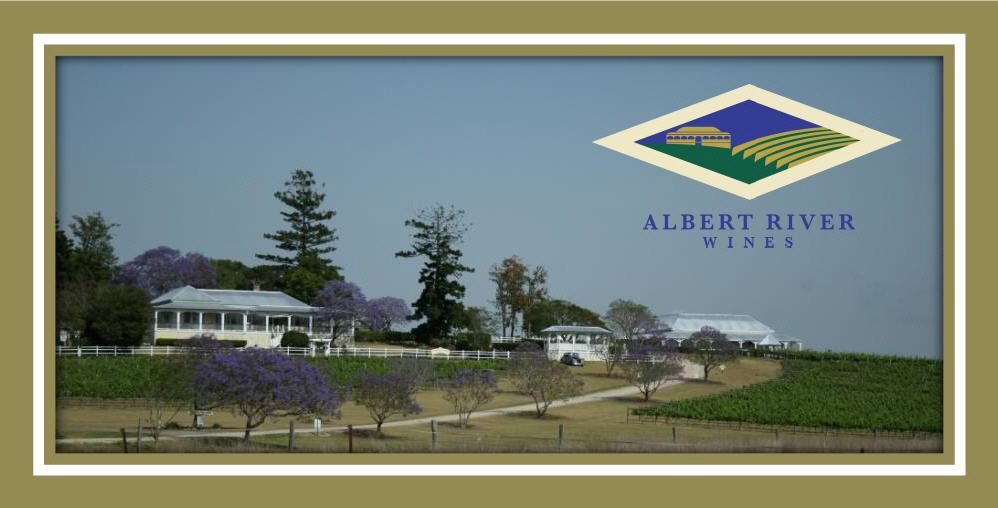 First, Tamborine House, was purchased by the past owners, David and Janette Bladin. The second is now the winery which in its original state was a single-story bungalow in the traditional style now known as the 'Queenslander'.In 1854, the home was built by Sir Thomas McIlwraith, then serving his term as Premier of Queensland. He named the house 'Auchenflower' after the much loved Ayshire, Scotland farm of his great uncle.The word stems from the Gaelic 'Achaidhean Fluir', meaning 'fertile fields' or 'fields of flowers'. In 1998 it was re located and became the new home of Albert River Wines. This is but a snippet of history from this amazing location, more is revealed on our tour.

The story of our Gold Coast winery begins way back when our family migrated to Australia in the 1850s. Since then our passion for winemaking has only grown stronger. We pride ourselves on our premium wine varieties from the unique fortified honey range to fortified barrel and signature wines.  We offer our guests the chance to meet the winemaker and learn about the process of wine making. 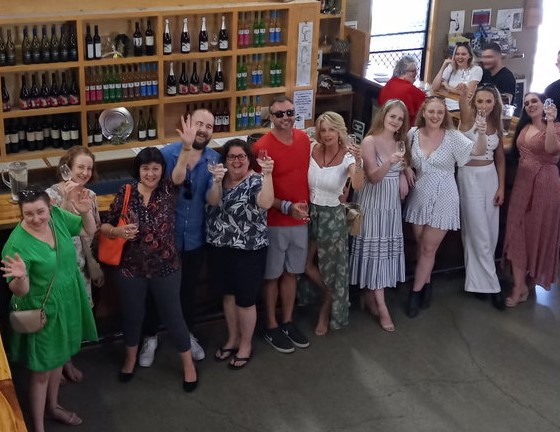 This beautiful estate and winery consists of 25 acres on Tamborine Mountain approximately 650 meters above sea level. Cedar Creek flows through the property, which opens out to Wild Duck Pond, home to many birds and different duck species.The winery building consists of a restaurant and reception facilities, together with a tasting room and an underground cellar !Cedar Creek is not only modern but built to a standard of high excellence, it is not only a treat to taste of the wines they have to offer but enjoy the quiet ambiance of the surroundings !Not to mention the fine cuisine 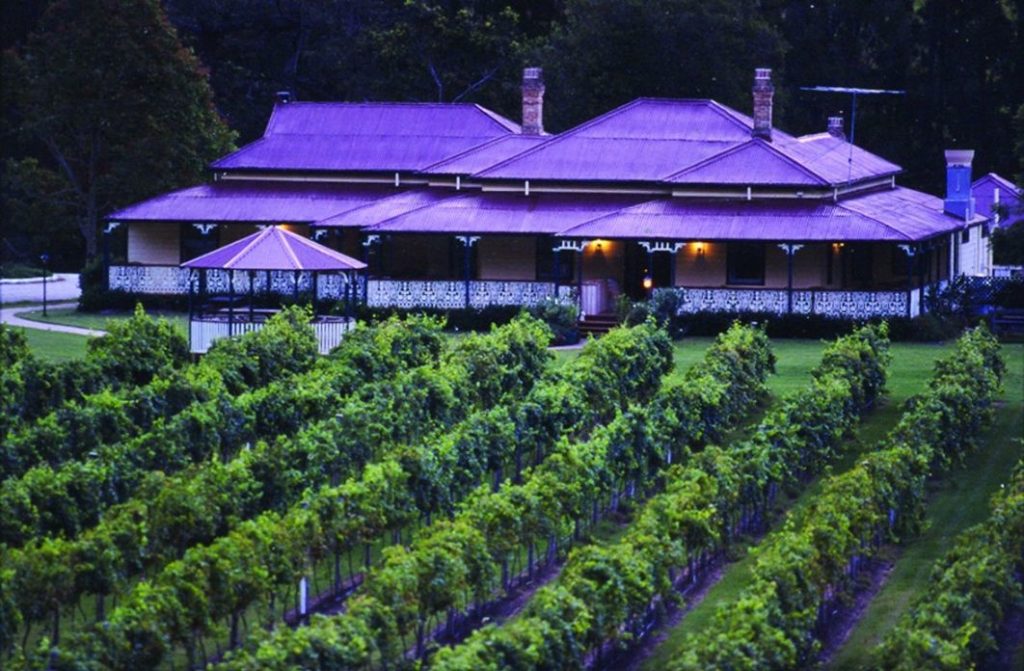 Shane O'Reilly from the famous O'Reilly family of the Lamington National Park first had the concept of growing grapes in the Canungra Valley in 1996. The present cellar door homestead was relocated from Warwick and Shane purchased the estate in a deceased settlement. He has just over 7 acres under vine, consisting originally of 4500 Chambourcin and Semillon vines. Locals from the Canungra area planted these vines in November 1998. The first of their estate wines became available in August 2000. There are many more treasures to be unfolded at O'Reilly's vineyard including their family of platypus that feed and play in the still waters of Canungra Creek behind the homestead just to name one! 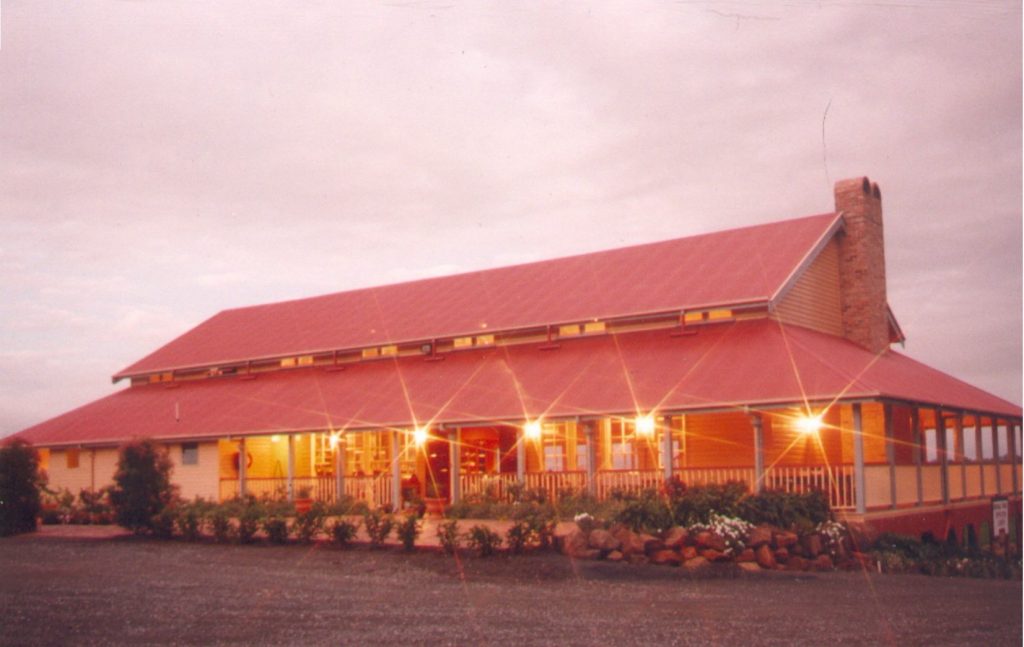 Hampton Estate Wines are another winery with a unique history, the building was formerly the Infant Saviour Catholic Church at Burleigh Heads, saved from demolition and transported up the Mountain where it has been transformed to its present glory. Hampton Wines are produced on Tamborine Mountain, from grapes grown on the granite belt Queensland. Stunning wines can be enjoyed with breathtaking views of the Gold Coast and Hinterland. It is indeed a great asset to the Tamborine Mountain area to have this small family owned and operated boutique Winery in our midst ! 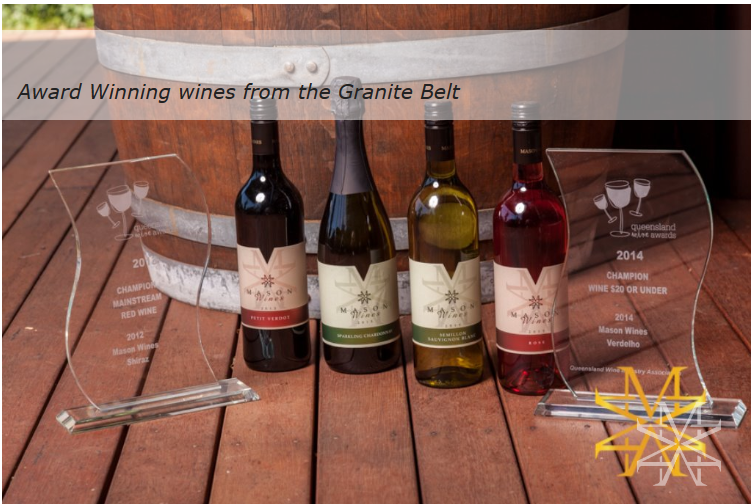 Mason Wines are situated on Hartley Road at the original site on Tamborine Mountain to grow grapes. They are the fifth owner of this original property. Robert Mason maintains a 70 acre vineyard in the Granite Belt south of Stanthorpe at Ballendean.

All the fruit is grown there and processed and made into wine to be showcased here closer to the Gold Coast and Brisbane.
Their extensive award winning range is sure to get you coming back for more. 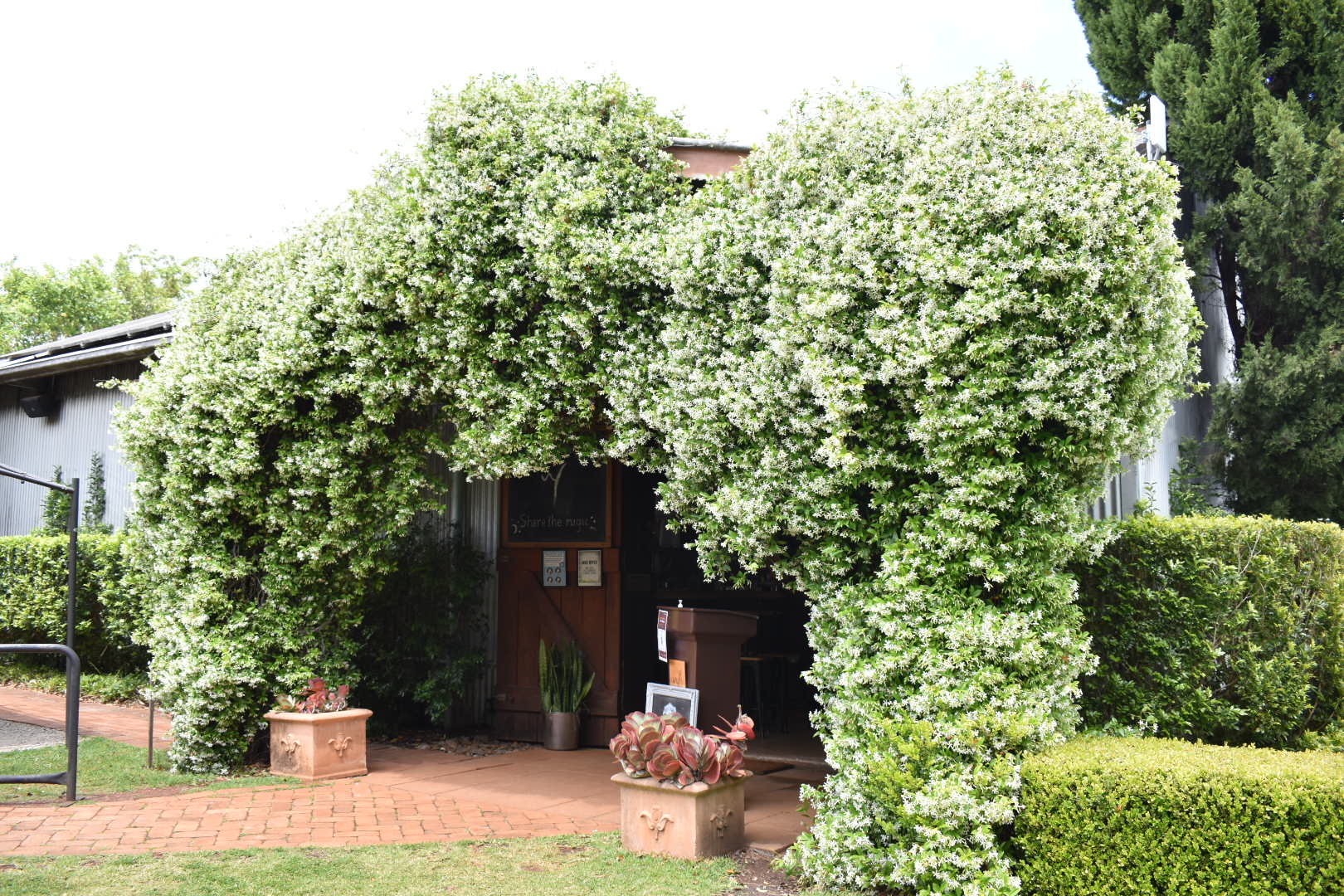 Witches Falls Winery have their own resident wine maker Jon Heslop. He is also the owner with his wife Kim Heslop who together form a formidable team in the total wine making experience. At this site guests are given a tour of the equipment area and barrel room with an explanation of the process of the grape from the vine to the bottle process and tasting. Today this winery is rated five star red by James Halliday, this means they have maintained at least five wines at gold medal level for the past four consecutive years. 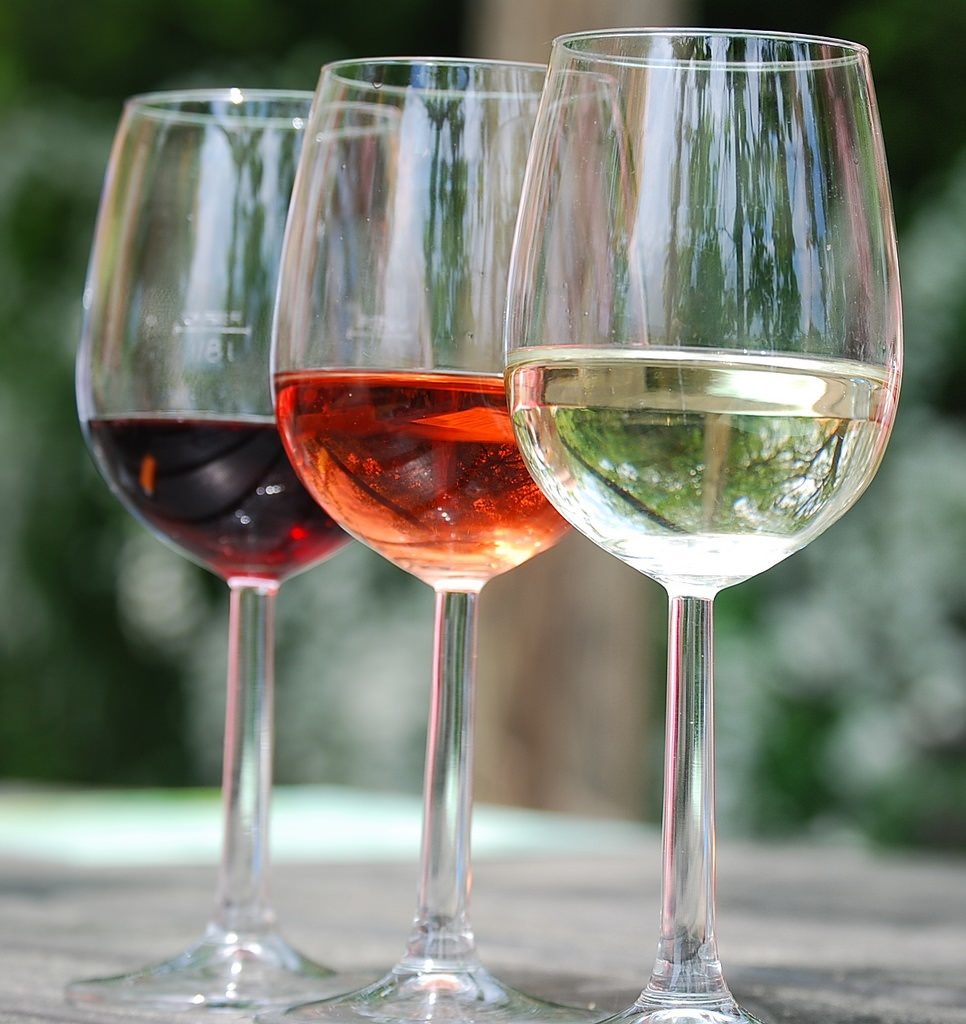 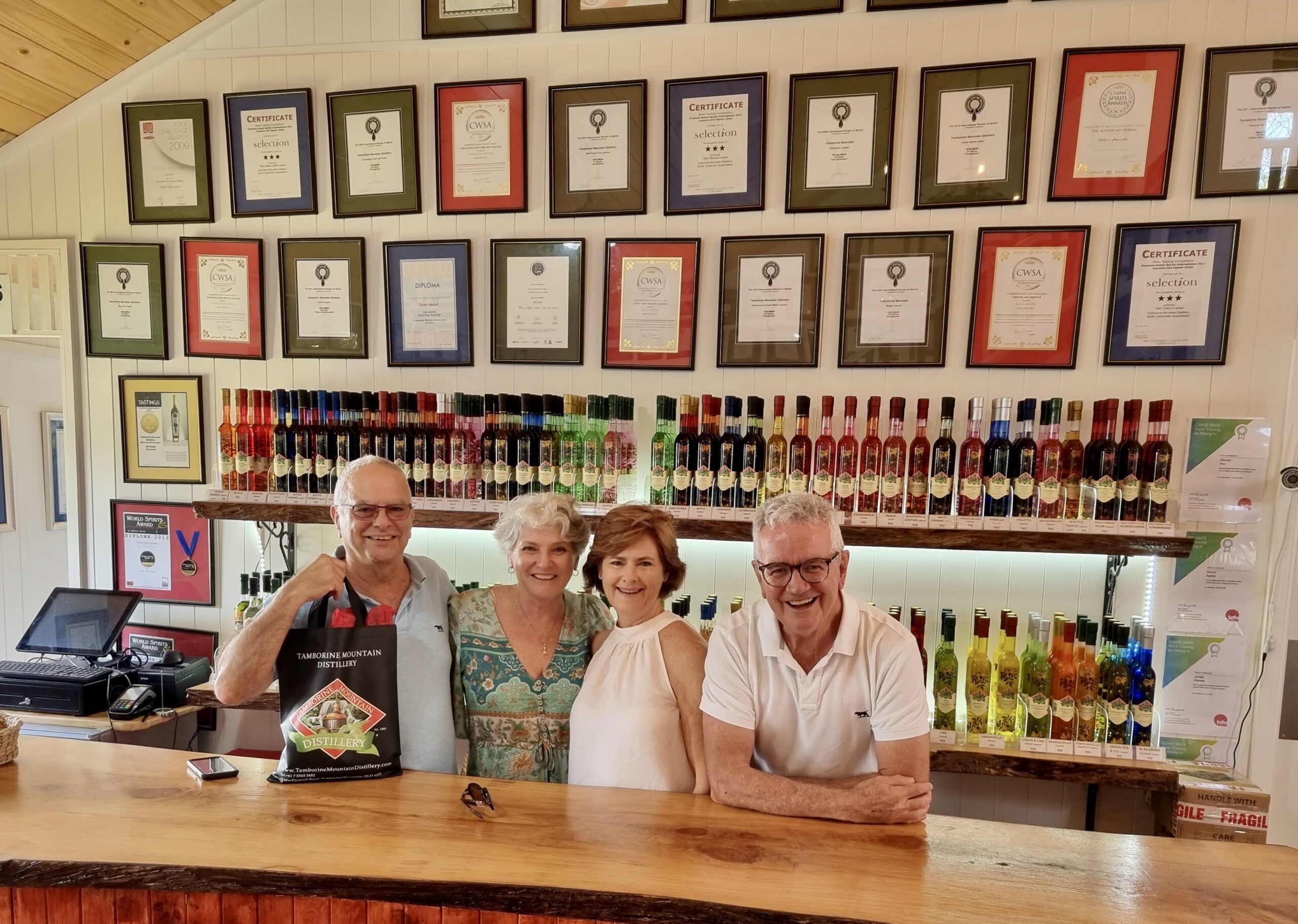 Hidden away in the Gold Coast Hinterland, is the Tamborine Mountain Distillery. This is South East Queensland's smallest Pot Still Distillery, but of world renown. With the Combination of rich red volcanic soils and fresh Spring Water, the abundant fruit of the Mountain is fermented and distilled. They have won over 350 medals for their products against the big distillers of the world and have beaten them at their own game. Enjoy vodkas, liqueurs and spirits of a very high quality at this unique location. 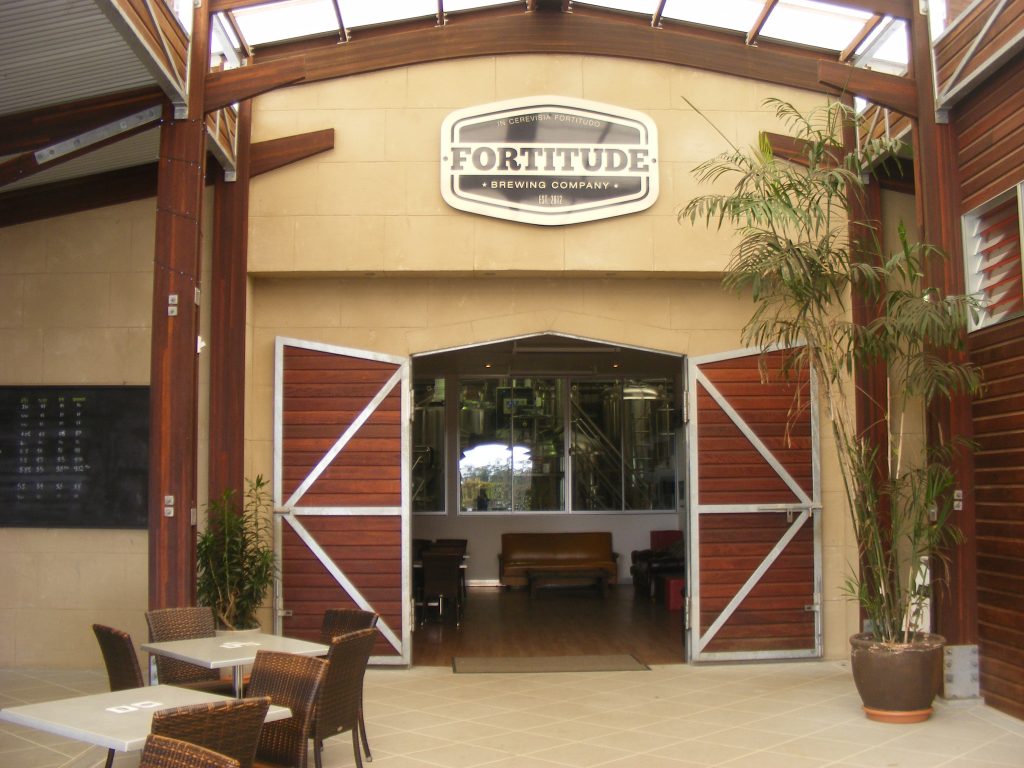 Australian owned and brewed onsite in the Gold Coast hinterland, our award winning beers pair quality with character for your drinking pleasure. They have two product lines: Fortitude Brewing Co, a selection of session beers where every mouthful leaves you wanting another. And the Noisy Minor Brewing Co, these beers are noisy, aggressive and sometimes downright crazy.